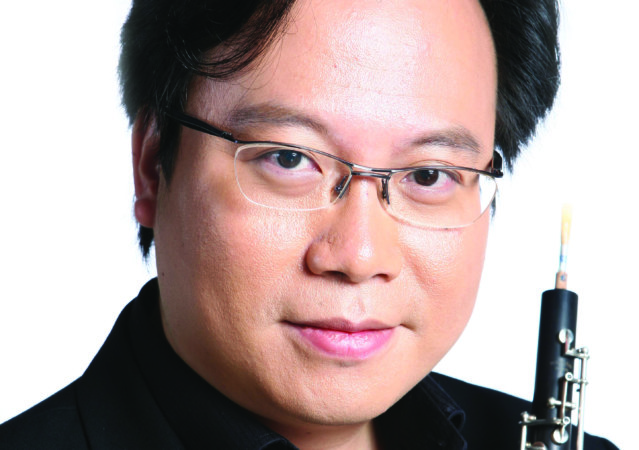 Professor of Oboe, Head of Woodwind, Brass and Percussion at the Hong Kong Academy for Performing Arts

Hong Kong-born Yiu Song-lam is a distinguished oboist who has worked in the music industry as performer, educator and entrepreneur. He was appointed as Head of Winds, Brass and Percussion of the Hong Kong Academy for Performing Arts (HKAPA) in 2015. Yiu has been Visiting Professor of the Shanghai Conservatory of Music since 2016 and was elected Associate of the Royal Academy of Music (ARAM) by the Royal Academy of Music for his significant contributions to the music profession.

A graduate of the HKAPA, Yiu was awarded the Hong Kong Jockey Club Scholarship to study at the Queensland Conservatorium in Australia, the Royal Academy of Music in London, the Rotterdam Conservatorium in Holland and at the Köln Musikhochschule in Germany, where he received the Diplom der Künstlerischen Abschlußprüfung with distinction.

He has worked extensively as soloist with renowned orchestras worldwide, and has been invited to perform with the Academy of St. Martin in the Fields under the baton of Sir Neville Marriner and with the London Virtuosi on their Spain tour.

Yiu is the founding Artistic Director of Hong Kong Wind Kamerata and the Vice-president of the Asian Double Reed Association; he is highly regarded for his contributions in developing the double reed network regionally and internationally.

Yiu is frequently invited to perform at prestigious music festivals around the world, and has collaborated with distinguished artists such as Benjamin Schmid, Christopher Warren-Green, Peter Damm, Pierre Yves Artaud, André Cazalet, Carlo Colombo, Christian Schmitt, Guy Touvron, Philippe Cuper, Michel Arrignon and Florent Héau. He is also an avid promoter of contemporary music and has premiered numerous works by local and overseas composers for the International Society for Contemporary Music and other occasions.

His students have won major prizes in many international competitions and have been appointed major positions at renowned orchestras across Europe and Asia.

Yiu Song Lam has been trusting Rigoutat since 1993.