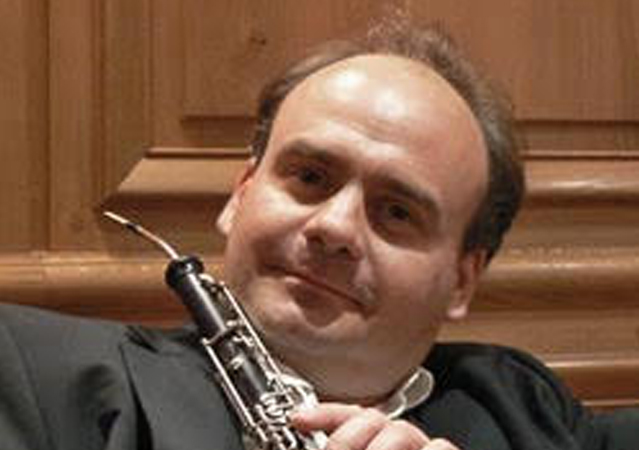 Principal English Horn of the Philharmonic Orchestra of Radio France

In 1994, he joined the CNSM of Lyon in the class of Jean Christophe Gayot & Guy Laroche. While still in his studies, he plays very early in various orchestras at the positions of First Oboe or English horn, a job he particularly likes.

In 1995, during the Evian musical meetings with Maurice Bourgue and Mstislav Rostropovitch he has the opportunity to play all the great solos of the symphonic repertoire of English horn which brings him naturally to the post of French horn Solo of the Philharmonic Orchestra of Radio France in June 1996, a job he still occupies today and which allows him to meet the greatest leaders and soloists as well as to approach the contemporary repertoire in addition to the usual one of this kind of formation.

Stéphane Suchanek has been trusting Rigoutat since 1977.